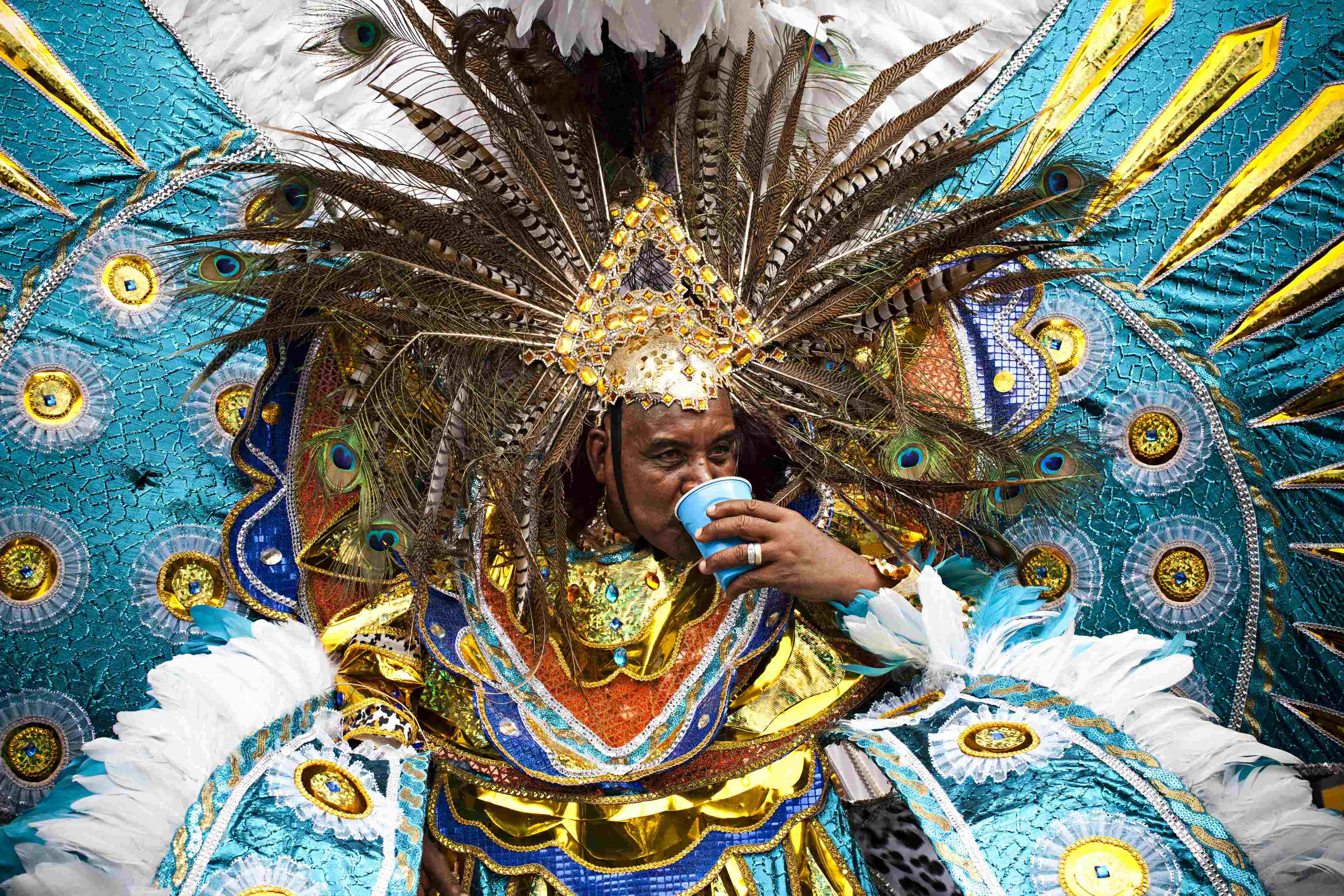 This Monday is Labor day and of course that means it’s time again for the annual West Indian Day Parade along Eastern Parkway in Crown Heights, Brooklyn. The parade (along with the whole weekend of events) draws millions of revellers and West Indian ex-pats from all over the region to take part in the Carnival celebration.

We spoke with veteran Jamaican dancehall deejay and Brooklyn resident since ’86, Red Fox (pictured above), to find out seven things you must do at the parade. Red Fox has usually spent his time at the parade as a performer on one of the dozens of floats that pass by to entertain revellers with music, dancers and costumes from all over the Caribbean. But in the early ’90s, you could find him set up with one of the sound systems that also used to line the parade route during the pre-Giuliani era. In fact, Red Fox’s classic 1993 dancehall anthem to the girls in the pum pum shorts, “Pose Off”, was written with Screechy Dan at the parade near President St and Rogers Ave. Red Fox says that the idea came from Screechy joking around and singing when some girls passed by looking sharp in their carnival outfits. Listen below to the song to get in the spirit of the weekend while you make a checklist of the following seven things, in no particular order, that you must do at the parade.