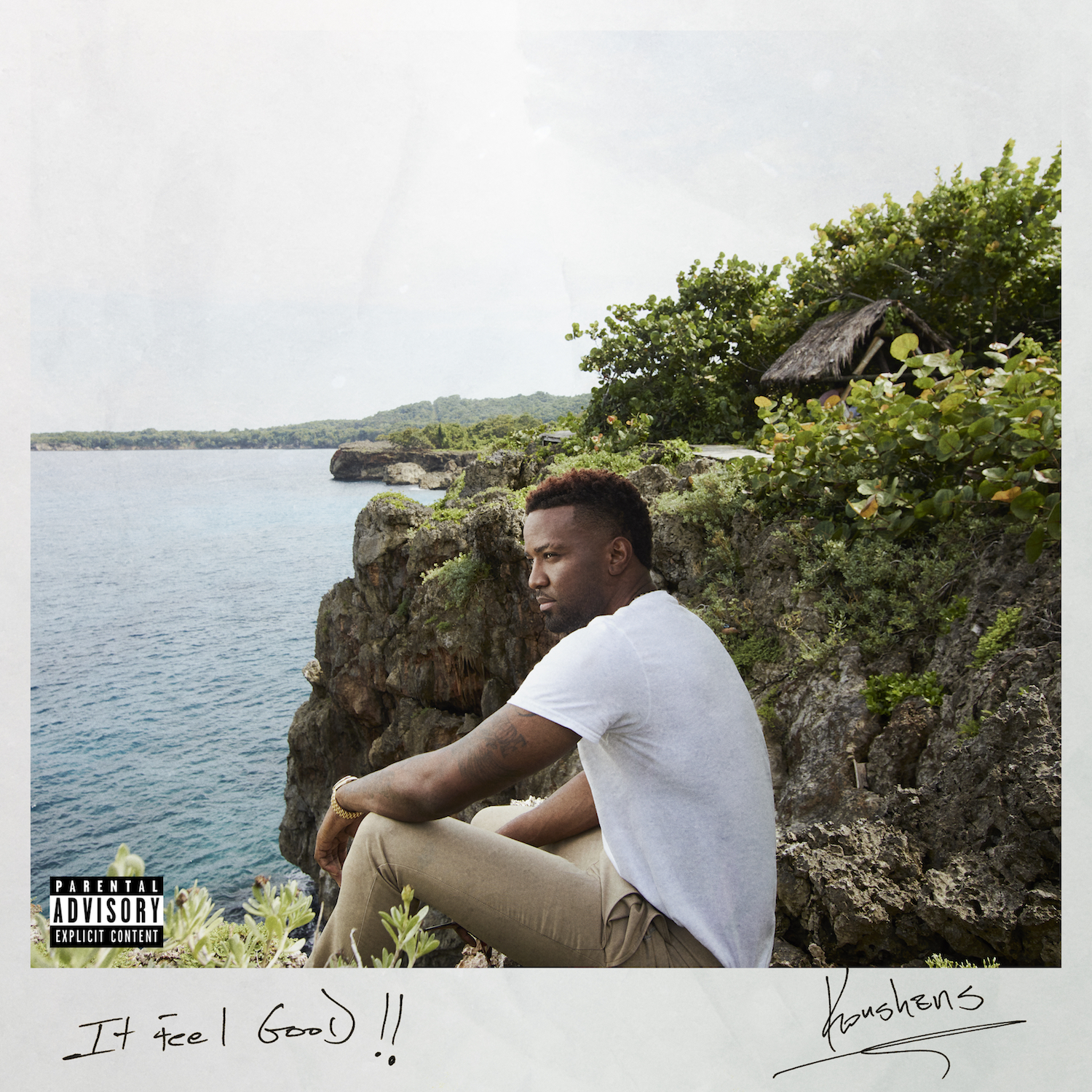 Konshens, the Jamaican deejay behind many of the biggest dancehall hits of the last decade, including “Gal a Bubble” and 2016’s worldwide smash “Bruk Off Yuh Back” today brings us his second album, It Feel Good.

The 16-track LP, which features production from dancehall luminaries RVSSIAN, Stephen ‘Di Genius’ McGregor and Don Corleon and a committee of international producers, pairs the “gyal tunes” and bashment anthems Konshens is known for with a more global sound incorporating trap, R&B and other melodic flavors.

The reggae ballad “Real Real Love” showcases a more mature, romantic sound for the artist, while “Days of My Life” (featuring Satori) addresses the recent death of Konshens’ brother, Delus. The album also includes a remix of 2016’s massive “Bruk Of Yuh Back” with Chris Brown and “Turn Me On,” Konshens’ latest dancehall hit.

“Bassline” has the classic dancehall feel of a ’90s Dave Kelly riddim, or one of Konshens’ hard-hitting bashment anthems like “So Mi Tan.”

“Really, I am trying to bring dancehall back to the glory days,” Konshens says. “The Sean Paul days, the Shaggy days and the Beenie Man days. I am trying to reintroduce dancehall to them from the ground up.“

It Feel Good is the first release in a new joint venture between Konshens’ Subkonshus label and San Francisco-based Empire Distribution.

It Feel Good is available now on iTunes and all streaming platforms.

Stream it below, look out for the “Big Belly” video dropping soon.