LargeUp TV: The Music of Barbados with Leadpipe & Saddis

Few songs point to a brighter future for soca music than Leadpipe & Saddis‘ 2014 single, “Ah Feeling.” Touching on all the right topics (drinking, feting, feeling good) for Carnival consumption, its vocal melodies and driving rhythm transcend the festival-minded genre into something suitable for practically any mood or setting. Now three summers old — ancient history by soca standards — it still brings a jolt of energy in a fete, and it’s still finding new ears. It may still become the international pop hit it deserves to be just yet.

When “Ah Feeling” was released amidst Barbados’ Crop Over season in 2014, Osvaldo “Leadpipe” Reid & Reshawn “Saddis” Ince were better known as Porgie & Murda, a comedy duo whose homemade web videos had made them household names in Barbados. Having worked behind the scenes as songwriters, musicians and producers, the routine gave the pair their break in music, as they scored their first local soca hit in their Porgie & Murda guise, comparing sweet Bajan girls to sweetened milk on a song called “Condense.” (They’ve reprised the characters on other musical compositions including another 2014 hit, “Ben Up.”)  More recently, Leadpipe & Saddis have put their alter egos to the side  — though they still do appear in character sometimes — to focus on the serious task of taking Bajan soca further in the expansive, melodic direction introduced on “Ah Feeling.”

Episode 4 of our Music of Barbados video series begins with an a capella rendition of “Ah Feeling,” outside Jack’s Bar & Lounge in Christchurch, where we joined Leadpipe & Saddis for a game of pool on a scorching Saturday in June. Comedy might not be their creative focus at the moment, but it’s produced during every moment spent around the two. Their chemistry, comic timing, and appreciation for one another naturally shine through as they discuss their history, their creative partnership and their aims to expand soca’s scope. Soundtracking our conversation is their latest anthem, “246 Till I Die,” a song that doubles as an anthem for the Crop Over season, and Barbados’ upcoming 50th anniversary of independence in November. (For those that might not be aware, 246 is Barbados’ area code). 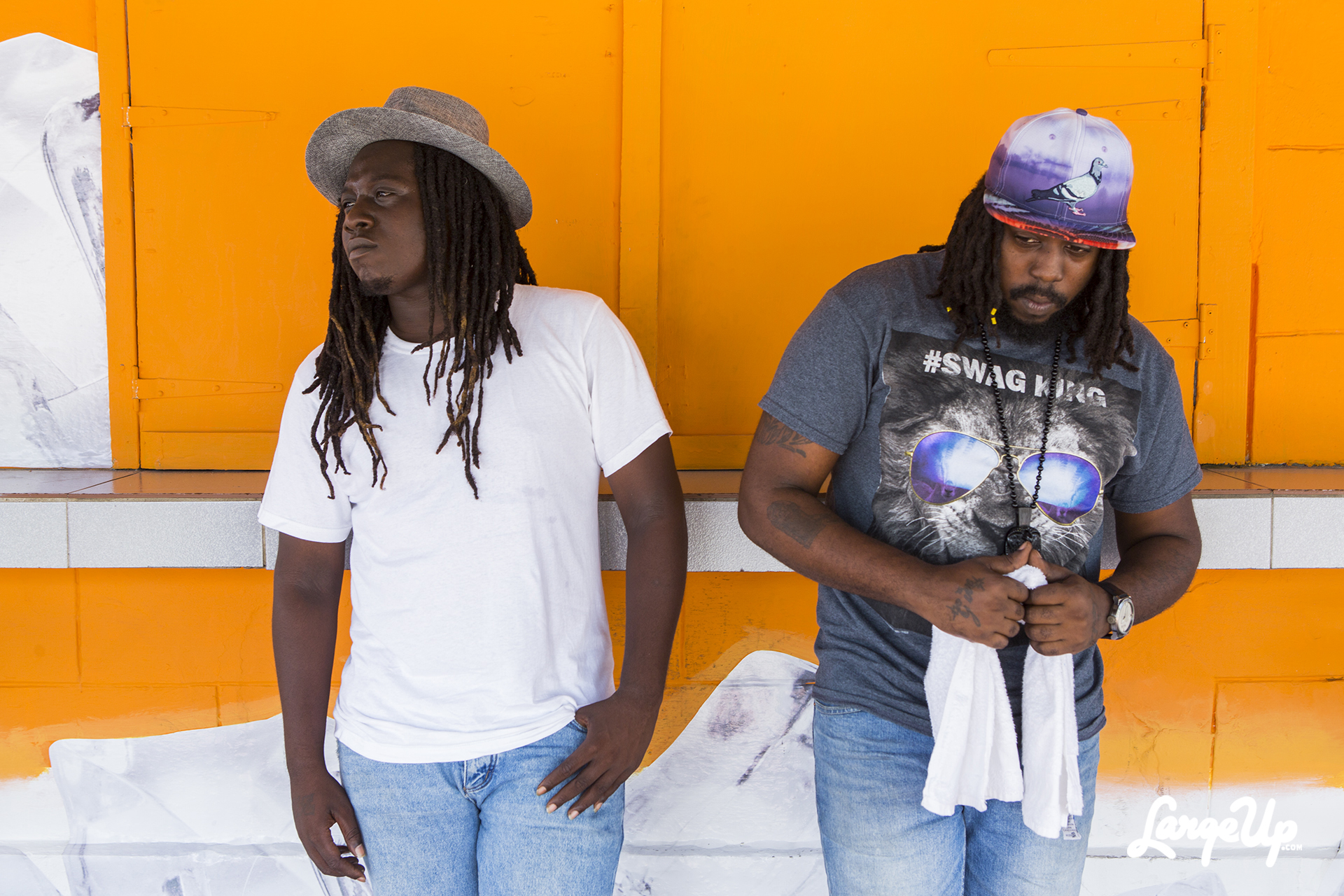