Words by Jesse Serwer, via RWD 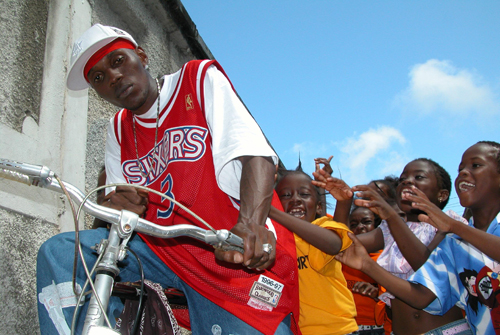 Jay-Z stopped into New York radio station Hot 97’s morning show with Cipha Sounds and Peter Rosenberg while making the publicity rounds for Decoded yesterday, recording an episode for the Puerto Rican-Jewish duo’s entertaining podcast series, Juan Epstein, while he was at it. Their conversations touched on everything from the new book (obviously) to Hov’s most legendary New York radio moment, his early freestyle session with the late Big L on (pre-Hot 97, WKCR-era) Stretch and Bobbito. For our purposes, though, the most interesting tidbit was the news that he actually sought to enlist Vybz Kartel on last year’s Blueprint 3. The controversial deejay visited Jay’s Rock the Mic studio, Jay said, recording hooks for three, still-unreleased songs.

Now, we’re not quite sure how this happened, considering that—to the best of our knowledge—Kartel has not been allowed into the U.S. in quite a few years. But whenever you want to leak those tracks, Hov, give LARGE UP a shout.