On Carnival Monday morning in Grenada, something unusual happens on the typically sleepy streets of the Spice Isle. The Jabs come out to play.

In America, to jab is to give someone a hard poke. At Grenada Carnival, they play Jab. A newbie to this traditional masquerade form may experience some discomfort at the sight of these fearsome-looking figures heading their way on J’Ouvert morning. They may also feel actual jabs, in the American sense, to their stomach when these oil- and mud-covered masqueraders pass them by. Since the name ‘Jab’ means devil (it’s a patois derivation of diable, the French term for Satan), you can guess that to play Jab is to ‘play the devil.’ Grenadians have turned it into a dirty, liberating and highly personal form of performance art. While these may be ordinary, everyday and perhaps even unassuming people on the other 364 days of the year, on J’Ouvert morning those who play Jab fully inhabit the role.

Jab Molassie, or Blue Devils, are an iconic and signature part of Trinidad Carnival, but Grenadians say that playing Jab originated in Grenada. Even some Trinidadian historians have shown links between the two. Both islands were colonized by the French at some point, but Grenada was first. In the 18th century, when the British took over the Spice Isle, the French plantation owners weren’t too happy, so they made links with Spain and the Cedula of Population was drafted. This document not only allowed the French to come live in Trinidad but allowed for tax exemptions, free land grants and other incentives. French colonists came en masse from Grenada to Trinidad, bringing their Carnival and their African slaves, who were evolving a mas of their own — the roots of what we now know as Trinidad Carnival. Like most other traditional mas forms found in the islands, Jab Mas was a means to bastardize and satirize the revelry of their Christian slave masters.

“It was never really about the devil in a spiritual or supernatural sense, it was a way of mocking our slave masters,” says Shawn Mitchell aka Mr. Roots, a Grenadian producer and musician. “You [couldn’t] really fight against them too much. It was a way you could mock them in front of their faces without them knowing that you are doing it.” Now, imagine a man covered in black oil with blood dripping from his lips, as he chews something that eerily resembles a piece of raw flesh, loudly blowing a conch shell in your direction. It’s enough to make your skin crawl, and the revelers will go all out to get that effect. Historically, those playing Jab would use any available substance like stale molasses, tar or mud, to get their skin shiny and black. They would drag cow chains, wear cattle horns and ‘posies’ (basically a chamber pot or bed pan) on their heads, while blowing conch shells. Today, it’s mostly paint and oil. If you want to play, a little baby oil rubbed on first should get all the color off easy and in time to enjoy the cleaner forms of revelry ahead on Carnival Monday and Tuesday. If you don’t want to get dirty, stand back: The Jab Jab do not care if you’re in the way.

As Carnival on other islands has become more rigid and commercialized, Jab Mas — which is just one part of Grenada’s Spicemas celebrations — has become a symbol of Grenadian culture, and of freedom.

“You are not confined to wearing a costume, being all pretty and staying in a line,” says Mr. Roots. “It is about freeing up. You don’t have to pay money to play Jab Jab. You can just walk into a band and get ‘oil up’ and you’re black— you don’t have to buy a costume and register. It is a free thing for everybody. Which is what makes it so appealing.”

When people think of Grenada today, they likely picture Gran Anse Beach. Or perhaps enjoying a breadfruit oildown as they rest in the tranquil shade, inhaling the scent from nearby nutmeg trees. It’s a peaceful, somewhat sleepy, island but consider that this was also the site of the Fedon Rebellion, a 15-month battle for freedom between Africans and their masters which nearly became a sequel to the Haitian Revolution. Did we mention Henri Christophe, a key leader in the Haitian Revolution and the first and only Black monarch in the New World, and Trinidad’s iconic labor leader Tubal Uriah Buzz Butler have Grenadian roots? Grenada was also the site of the Caribbean’s most modern revolution, led by nationalist prime minister Maurice Bishop in 1979. (Grenada’s airport is now named for Bishop, who was killed in a 1983 coup). A spirit of freedom has pulsed through this part of the Caribbean for centuries. Jab is Grenada’s people at their realest, so don’t take Jab Mas for a  joke. This mas is not for the faint of heart.

At the heart of Jab Jab is the drum beat. Historically, players would make up chants or call-and-response pieces as they moved through the streets with goat-skin drums, blowing conch shells and alerting all to the beginning of J’ouvert. Around 1991, this chant and rhythm evolved into Jab Jab music. Moss International is credited with taking Jab Jab from the streets to the studio for the first time with “Jambalesse [Rule].” This was followed two years later by the band Rhydum Mix, and their song called “We Ting.” Other islands started taking notice of Jab as a musical form, and when Tallpree came on the scene in 2000 with “Old Woman Alone,” the Caribbean was hooked. Today, although less heavy on storyline as it was originally (something that some purists lament) Jab Jab has become a full-fledged music genre. It is a relation of soca, sure, but also a distinctly Grenadian form worthy of its own category on iTunes or Soundcloud.

“It’s supposed to embolden you, make you feel like nothing can touch you,” Mr. Roots says of the Jab Jab rhythm. He should know: he has produced many Jab Jab tracks over the years, including “Jab Jab Nation” for Tallpree. “It also makes you forget whatever troubles you might have. Somehow, it awakens some form of your spiritual connection to your ancestors. That is the deep part of it. Sometimes you hear a piece of music and it sounds familiar to you although you’ve never heard it before. That is because it is a part of you. That’s what makes Jab Jab so captivating.” 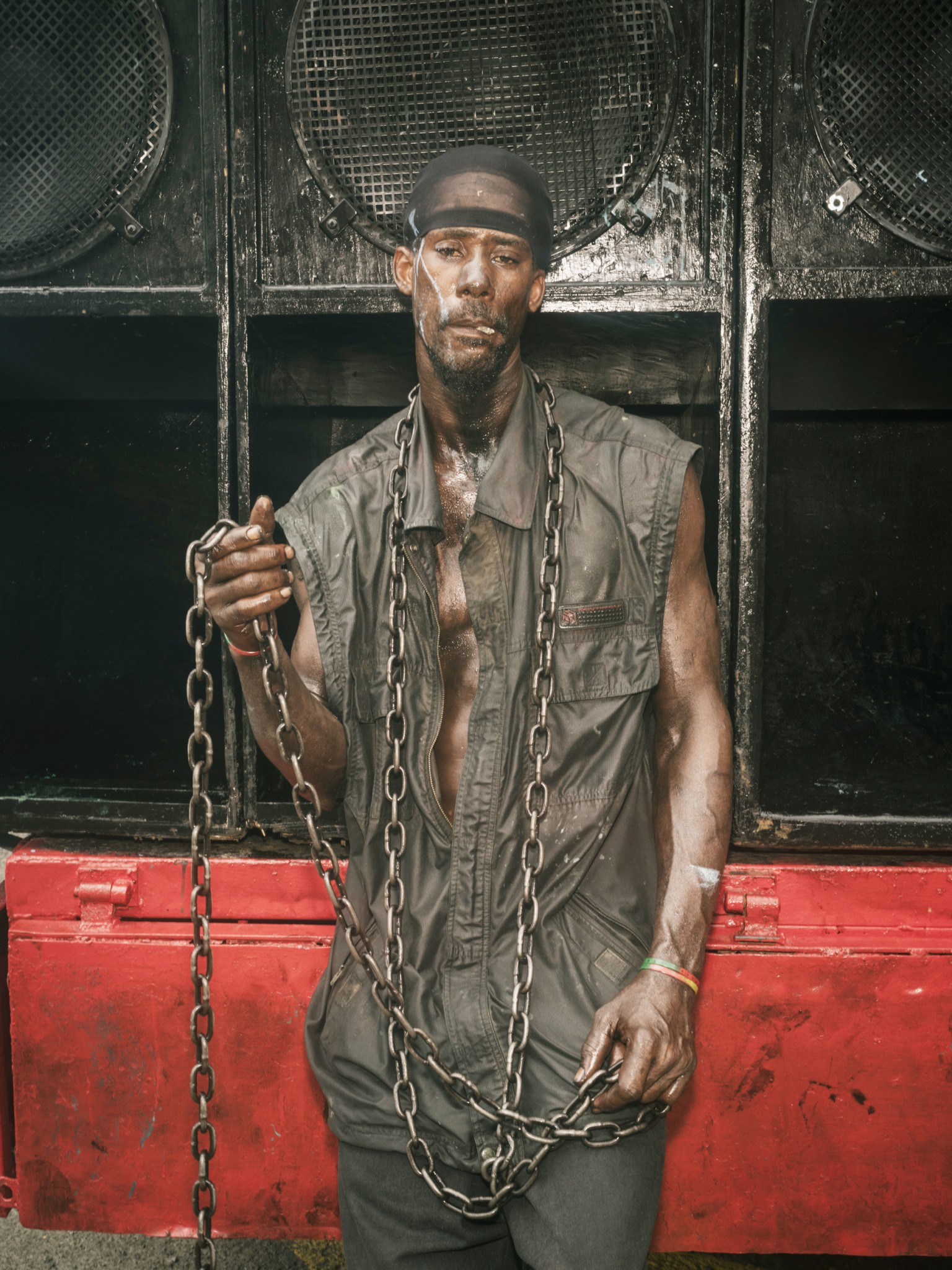