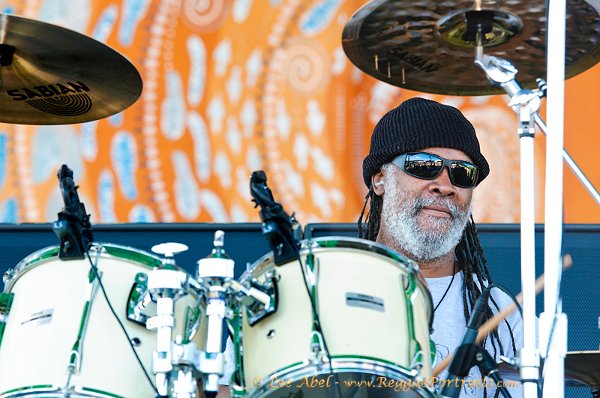 Carlton “Carly” Barrett was the drummer for Bob Marley and The Wailers, holding down the drums in the studio and on tour with Tuff Gong, providing the solid rhythm section along with his brother Aston “Familyman” Barrett on bass. Before Bob, though, the two got their start with Lee “Scratch” Perry’s band, The Upsetters. While he didn’t invent it, Carly, more than anyone else, popularized the one-drop pattern and, with The Wailers, brought it all over the world. The Field Marshall, as he was called, developed complex triplet hi-hat variations (as heard on “Running Away”) and was also known for the dry tuning of his drumset, his very tight high-pitched snare, and timbale use. His signature style was wildly dynamic, focusing on the discipline of the groove with slight variations. Barrett was tragically murdered in 1987.