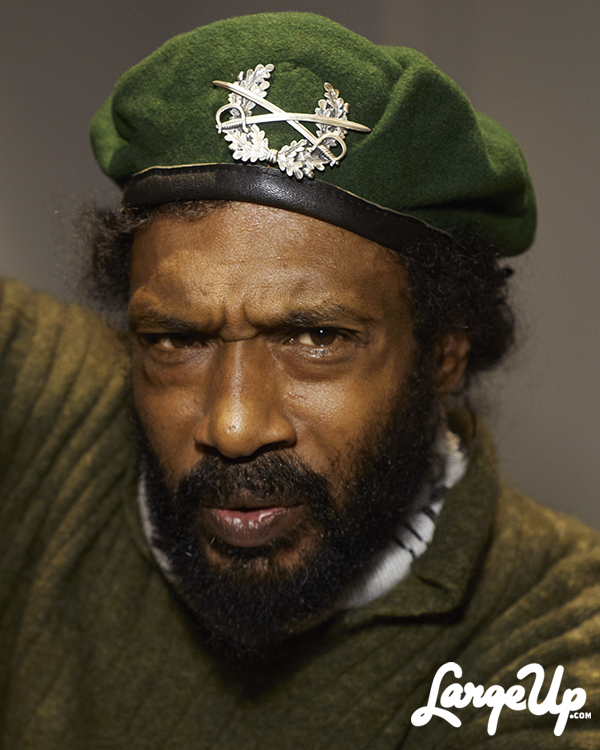 On why he stayed away from Jamaica for so many years:

Well I deyah go through judgment for the longest time, having problem with the law, going in and out of the jailhouse, having cases that pursue. I have to fight with officers. I and dem have a war from long time. Officer hate me and I hate the officer. We get over it now because Dada is an iron claw and you gonna have to kill him if you want to dictate [to] him or disrespect him. We haffi keep di youth dem strong. So we die for ourselves, we never let anyone die for us. So now me and di officers dem cool, we went through it and we went at it. And you don’t try and disrespect I when I don’t do anything. I don’t care if you have a state of martial law, you gonna have to kill us.