Words and Photos by Ravi Lloyd

This is Part 1 of a two-part series exploring the culture and traditions of Notting Hill Carnival, and Caribbean identity in London. First up: Sound. Stay tuned for Part 2: Movement.

Sound systems, steelbands and soca music. It’s August 2018, and we are gearing up for another Notting Hill Carnival, the second biggest carnival to Brazil and the biggest street festival in Europe. An incredible feat considering forces have been trying to shut it down for decades. Just too much vibes each year, with crowds that have grown to around two million people. There are several Caribbean carnivals throughout the UK, but Notting Hill Carnival is by far the biggest.

Notting Hill is also one of the maddest carnivals I have even been to. It is unique in having sound systems playing reggae, hip-hop, deep house, afrobeats and even drum and bass, along with the traditional steel bands and trucks playing soca. It’s true that every island has its own carnival vibe so England must have its own as well. Maybe it is a good thing, mixing all of the sounds. Usually, carnival is a soca ting and we leave the sound system for the dancehall. But at Notting Hill Carnival, the Caribbean as a Diaspora prevails.

Recently, we linked up with with a few of the players who make Notting Hill Carnival what it is, to see what inspires them. 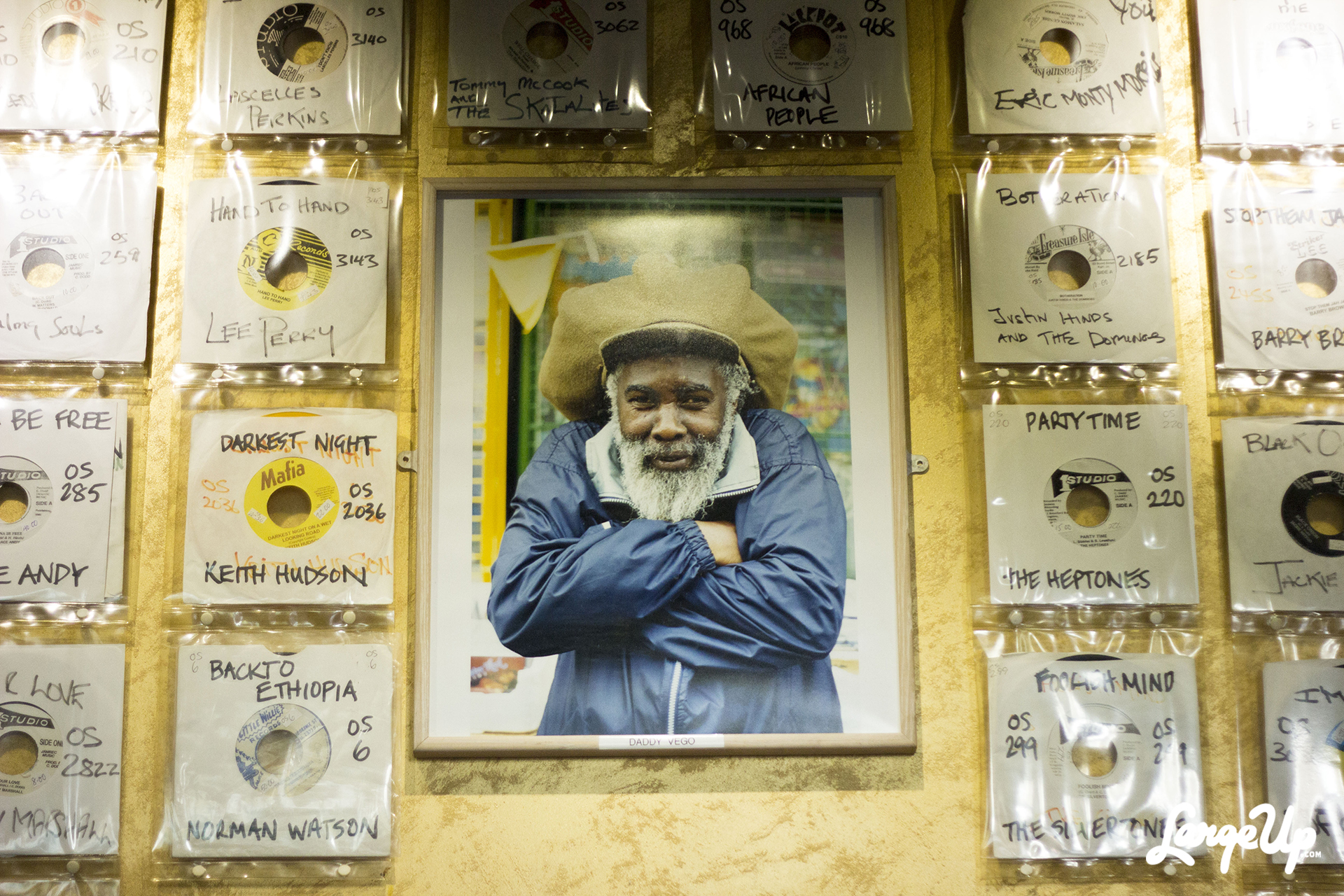 Over on All Saints Road, in the heart of Notting Hill, is People’s Sound Records. The shop is part of the legacy of the late Daddy Vgo, who started People’s Sound, and was a major figure in establishing UK sound system culture. Along with Leslie Palmer, Daddy Vgo put up some of the first sound systems at Notting Hill Carnival in the 70s. Every year, right in front of the shop, the People’s Sound crew sets up their speaker columns and play reggae music, just like they have for decades. A young Daddy Vgo is pictured furthest to the right with sunglasses.

Sound systems came to the UK with the Windrush generation, who began arriving in 1948. It was a way for Jamaican and Caribbean people to hear the latest records from back home in the islands. This was especially comforting at a time when the radio was not playing Caribbean music As bredren behind the counter was telling me, back in the day, everyone would go North, South, East and West in London to hear a sound system. Before MP3s, the selector ruled and sound systems were how the newest tracks got buss. It was also a way for artists and producers to test singles by seeing how the streets took to the music. This was as true in London as it was in Kingston. Today, customers come from all over the world to shop for records at People’s Sound. And they have begun selling online as well. It should definitely be a must-visit spot on your itinerary in Notting Hill.

Sound system culture is something that lives year round, throughout London and the UK, even if it is no longer in the streets like it used to be. The University of Dub holds a session at Scala, by Kings Cross, every so often. The University of Dub’s King of Kings event at the end of July, one of several Notting Hill Carnival warm-ups

Soca music and steelpan are the sounds of carnival. Anyone from the Caribbean could tell you that. It’s that sweet, sweet sound I am used to hearing at carnival.

Most people I talk to in London, though, have no idea about the steelpan competition on the Saturday night of Carnival weekend. Panorama, which began in 1978, is world famous and a classic. Like sound systems from Jamaica, Trinidad steelpan culture also came with the famous Windrush generation to the UK. Ebony Steel Band, pictured above, still bring in their pans from Trinidad, though they do have people that can tune them in the UK when needed. Ebony Steel Band is the 22-time winner of the Notting Hill Carnival Panorama competition. Boss man, Peppy, was telling me that they have won Panorama the most of any steel band. Considering the event has been going for 40 years, they can claim to have held the title for more than half of its history. A pretty impressive feat. Ebony Steel practices in the heart of carnival in North Kensington, West London. You can hear the pan for at least a kilometer coming up to St Peters Square as they practice for the coming celebration. They were sounding nice, too. Whole lotta vibes. The band is comprised of a lot of youth from the area and some older heads that have been in the game and are passing on the knowledge and tradition to the next generation. Such a mix of people, old and young and different backgrounds. It is nice to see everyone getting together for the culture.

West London is a different place. Really expensive neighborhoods and Victorian houses with this deep West Indian mix going on that are remnants of the old days. Sometimes, you see the bus driver pulling over to hail up a ras on a bike, the Jamaican record shops or the steel band practicing at the local college. When you feel and hear the energy and sounds of the neighborhood, you understand why carnival is held in Notting Hill, even as the Caribbean community has mostly moved on to other parts of London.

Ravi Lloyd is a surfer, filmmaker and LargeUp contributor from Anguilla. He currently lives in London.