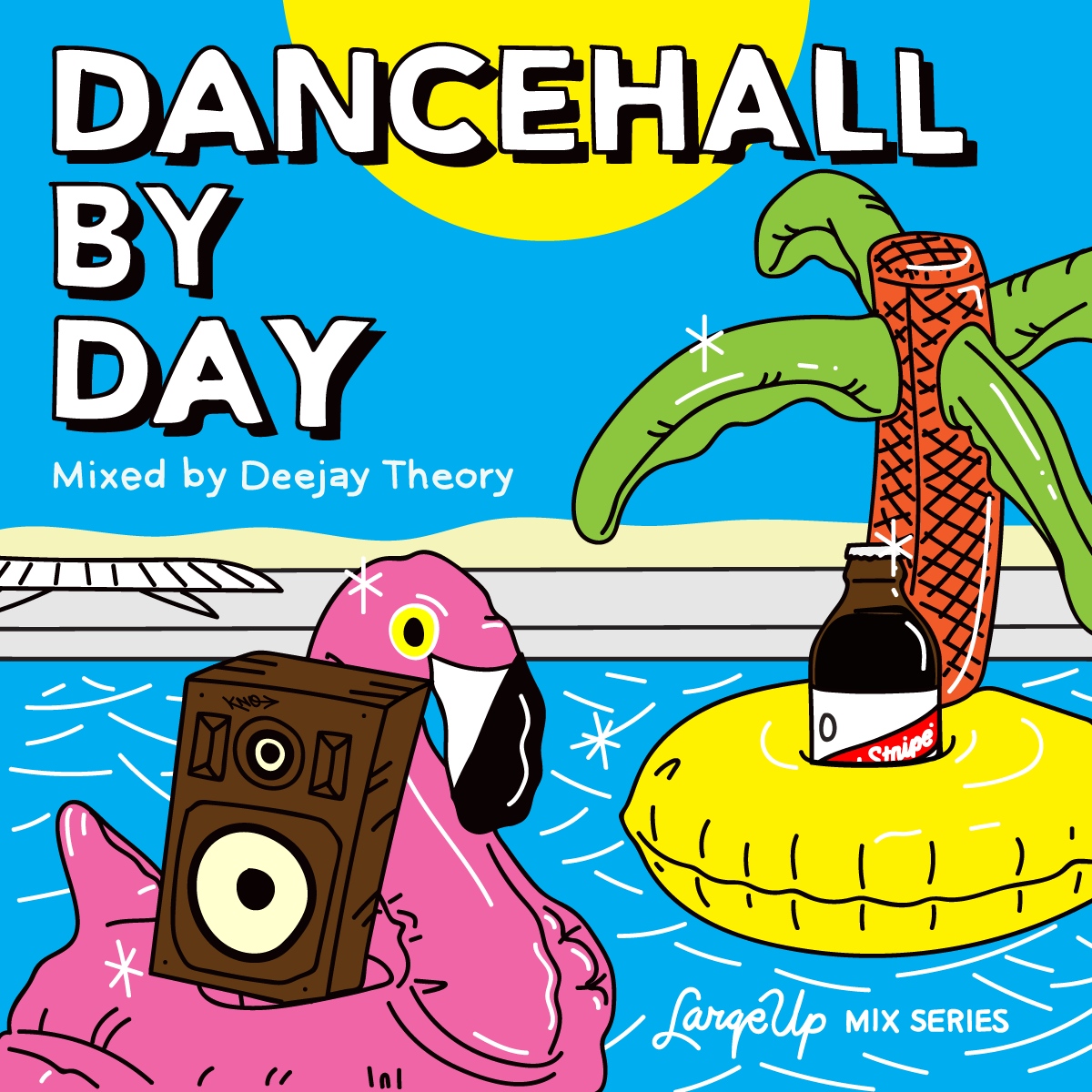 Summertime is in full effect and some pure fire mixes just hit the streets to increase the heat in your area. This week we celebrate the release of the 10th Volume in the LargeUp Mix Series, and check out two big entries from across the pond.

Deejay Theory, Dancehall By Day: Our very own Deejay Theory dropped his long awaited Dancehall By Day mix late last week as the tenth edition of the Large Up Mix Series and it stands out as one of the best mixtapes released so far this year. As a member of the Faction Sound Crew and the production duo Brother In Arms, Theory stays busy in the studio and on the club and festival scene all over the world. Dancehall by Day combines his love for dancehall and classic/nu disco with an amazing blend of the two genres perfect for that pool party or beachside bacchanal. The amount of work that went into this mix is evident as every single track on it contains beats, blends and remixes from the man himself including many Faction dubplate flips and exclusive unreleased productions. Even if you’re not at a day party or near a body of water, turn it on and this mix will take you there. Stream and download below, tracklist and more info here.

DJ Sensilover, Shake Your Bam Bam: The Italian mixtape machine, DJ Sensilover, of Irie Soldiers, brings us another heater with Shake Your Bam Bam, a mix of brand new dancehall with a dash of soca and afrobeats. If it came out recently and it’s good, you’ll find it on this mixtape including possible top ten 2017 riddim candidates like World Fete, Money Mix and Fling. All the essentials are here, expertly mixed and well presented for your whining pleasure. Stream below, download here.

Shotz the Selectors Choice, Chronixx Edition: If you’re a fan of current reggae music, you most likely know that Chronixx dropped his debut album, Chronolgy, this past Friday as the internet was abuzz with talk of his new LP. It’s surprising that Chronology is labeled as his debut album but it turns out that all of the material Chronixx has put out since 2011 was released on EPs or mixtapes. In very timely fashion, London, England’s Shotz brings as another addition to his artist feature mixtape series with the Chronixx Edition. Some of the best tracks off of the new album are featured on this compilation along with many of the already-classic chunes that we find ourselves always singing along to. Support reggae music and buy the album, but grab this mix as well to brush up on all the shellingz the Selassie Souljah has brought us over the years. Stream and download below.