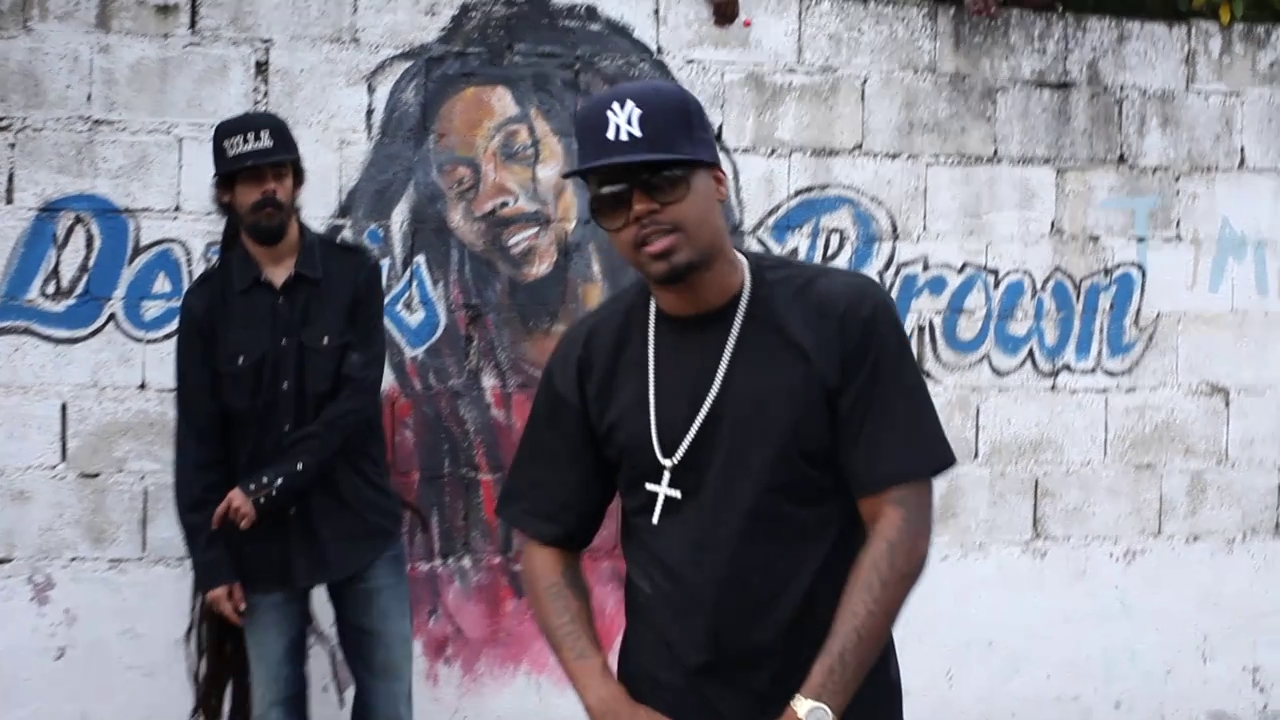 Nas and Damian Marley continue to promote their year-old Distant Relatives project more vigorously this year than they did when it first came out, with another video filmed on the streets of Kingston. “Nah Mean” begins where their last one for “Land of Promise” left of, literally: the end of that video actually segues into this one. It’s an appropriate tie-in, considering those two stand way out as the most rewind-worthy, high-energy tunes on what was overall a pretty solid album. Out of all the videos that have emerged for the project thus far, “Nah Mean” is the most simplistic—it’s essentially one long shot—but it might also be the most effective, what with its non-stop forward motion and spliced-in crowd audio direct from the shoot. Nah mean?