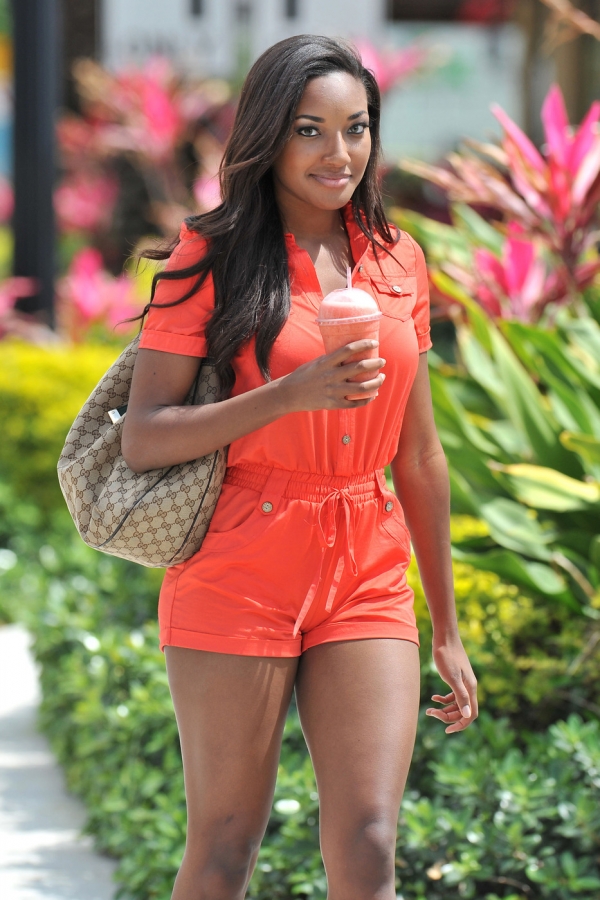 Haitian-American actress Meta Golding—catch her as Enobaria from District 2 in the upcoming Hunger Games films—has lived in Italy, France and India as well as the United States, but Haiti is her birthplace. Before acting, The Hunger Games actress was competing on ice as an Italian national figure ice skater. Meta is just flawless, girl-next-door fine.